Go to Start lists, choose the competition and open the result registration.

All computers who are showing the result registration is always up to date. The judge/Announcer can have their own computer and will directly see when a rider gets the result and rank.

A new set of buttons have appeared just above the list. The first of the three buttons splits the view of the list in two columns, the left column always shows the start/ results list, whilst the one to the right shows the statistics for faults, the remaining time for the competition etc (The same button is used to reset this view). The second button is used to enter the time allowed in to the system and with the third one you will open the view for timekeeping. If it is a competition with a jump off two more buttons will be added, First round and Jump off.

A calculation for the end time will be automatically activated when the first result have been registered. It will become more and more accurate ass the competitions goes on and more results are registered. Remember that the estimated end of competition is based upon the first round and does not take a second round/jump off into account. Estimated starting times for the next competition will be published on online.equipe.com if the start list previously have been published.

To change round, press the name of the round just beneath the registration. It can be named Round 1 or Final. 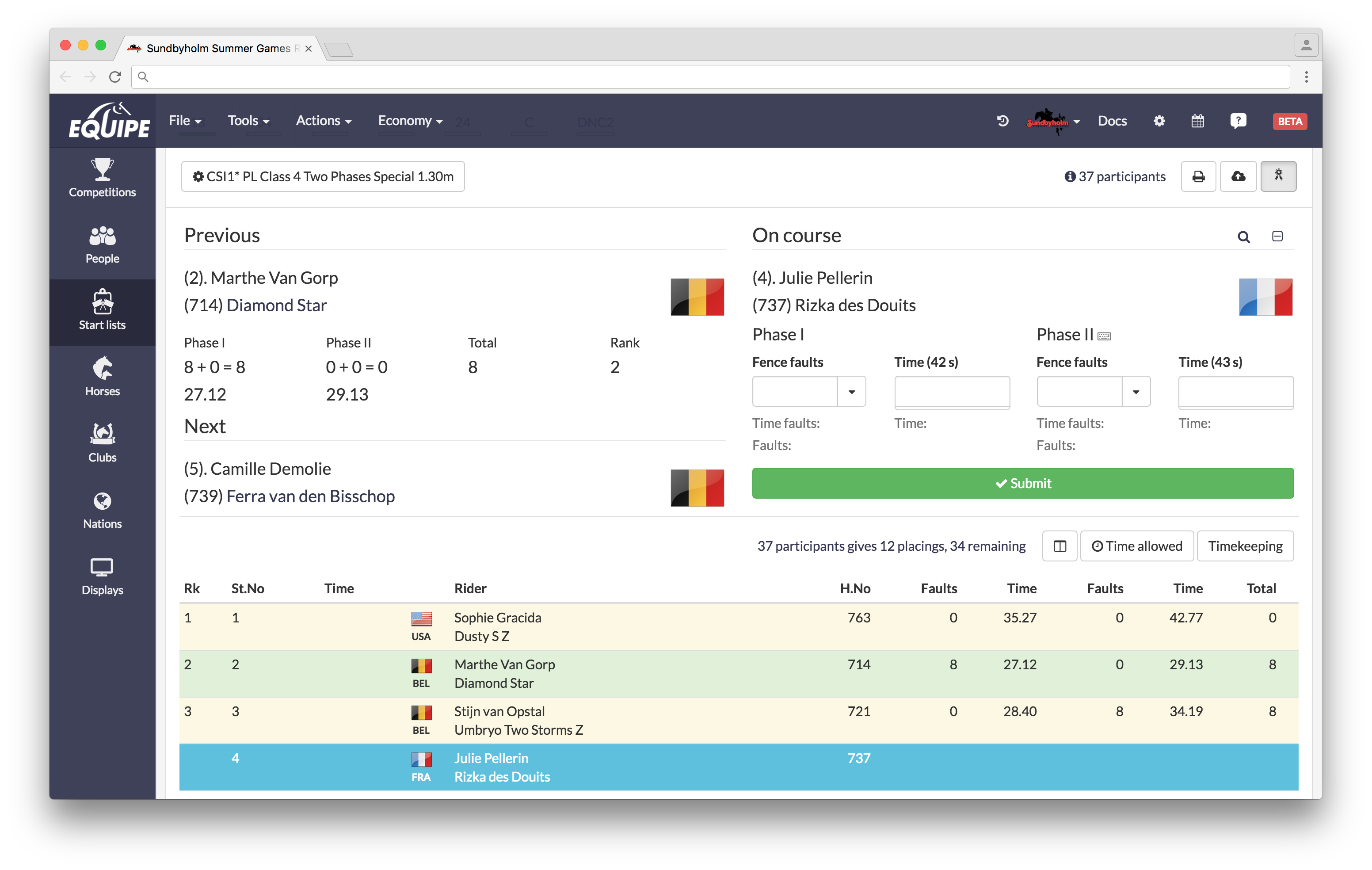