Add a rider and change of rider

If a rider is not among the ones imported from the entry system there is a possibility of manually adding a new one. Go to People, choose File and then New rider. 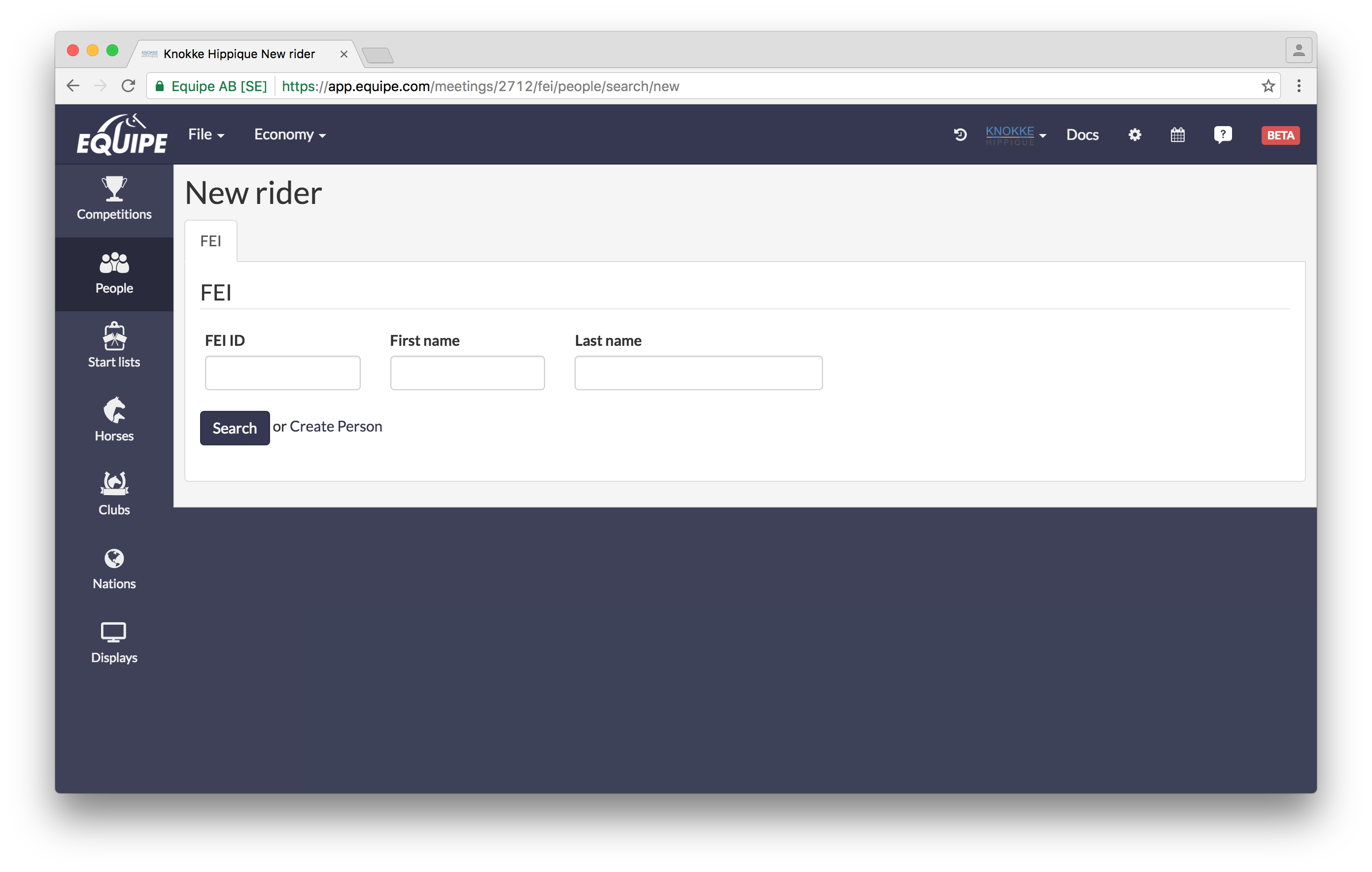 There are also two additional options - New person and New official. Both of these ones generates a new person to the show. But for New rider there is a possibility of searching for the riders either by first name and last name or their FEI ID.

Firstly add the new rider if it isn't already within the show as a person. Press the current riders name in the start list, which will make it editable. Write the namne of the new rider. Often it only takes a couple of letters in the first new and the system will suggest the right rider (if it is within the show). Press the rider you want to change to and everything is done. 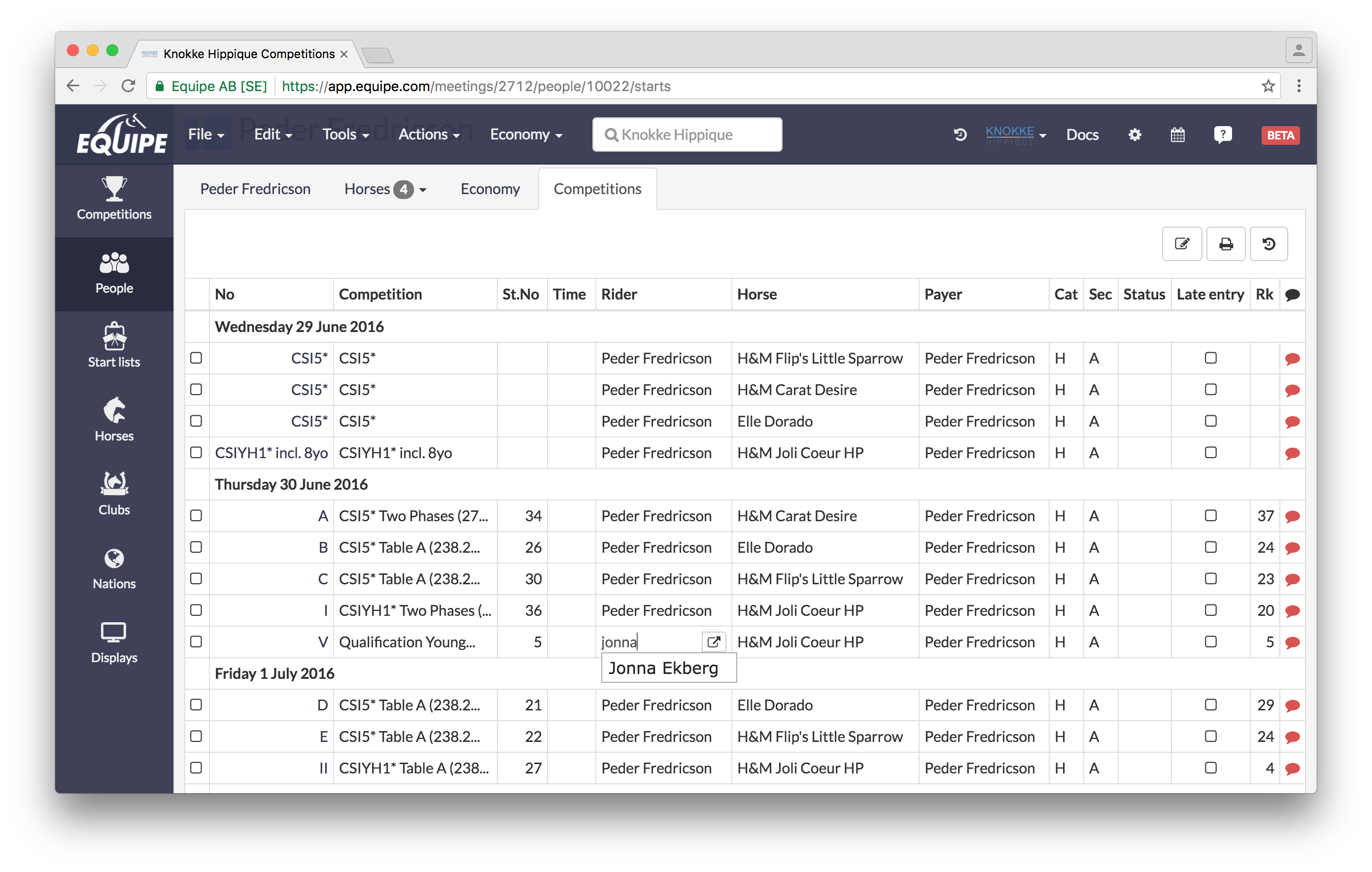 Change of rider works in the same way in the view People and Horses, Competitions and Start lists.